This blog describes my visits in the course of one year to over 50 museums and exhibit spaces in Madrid. Given a bit more time, I might have moved on to palaces and private art collections that can be seen by appointment only, such as the Palacio de Liria, or traveled to even more obscure corners of the city.  I never made it to the Museum of Sanitation and Public Health, for example, nor did I manage to see the museum of the nineteenth-century gymnasium at the Universidad Politécnica de Madrid.

Yesterday, I cajoled two teenagers into accompanying me south by metro to the Museum of Angel Nieto, Spain's 13-time Grand Prix World Champion in motorcycle road racing . (Angel Nieto is so superstitious, I read, that he refers to this feat as 12 +1).  Alas, we walked up to a crumbling brick building with broken panes. Weeds sprouted from cracks in the sidewalk. A grimy flag with a motorcycle stenciled on it hung limply over the shuttered entrance. The temperature outside was almost 100 degrees.  Then a miracle occurred: my sons did not throttle me. They agreed to walk on, into the nearby Park Tierno Galvan. We came across a few men drying their clothes on park benches; saw an igloo, which turned out to be the Madrid Planetarium, shimmering in the distance; and finally, stopped near a statue of Enrique Tierno Galvan, a former Mayor of Madrid. Sometimes an outing does not go as planned, and to my immense delight, the progeny have learned to take such things in stride.

In contrast, our recent bike ride down the new riverside parkway Madrid Río exceeded all expectations.  The massive Madrid Río project diverts the M-30 ring road underground, and has developed the banks along the Manzanares River into a 10k walking and bike path, with many interesting stops along the way: playgrounds, fountains, cafes, bridges, a skate park, sculptures and lovely vistas of the city.  Along with visiting family, we rented 8 bikes at the friendly store Mi Bike Río (Aniceto Marinas, 26; metro Principe Pío; www.mibikerio.com).

To our surprise, there were few riders during the heat of the day, and we had kilometer after kilometer of the bike path to ourselves.

We rented the bikes for 3 hours, enough time to ride to the end of the route and back.  Sights along the way include the Vincente Calderon Stadium, home of the football team Atletico Madrid, and Matadero Madrid, a former slaughterhouse complex with neo-mudéjar features, that has been turned into a contemporary arts center.

Our year in Madrid, one of the world's great cities, has come to an end.  I can't wait to return here again someday.

Posted by Molly Wesling at 2:10 AM 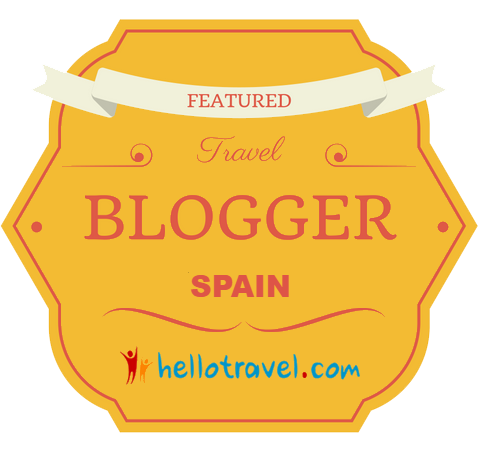 One of hellotravel's top 15 Spain travel blogs in 2016

Molly Wesling
I live in Madison, Wisconsin. In 2011, I found myself in a museum-rich territory of Spain, and took on a one-year mission: to visit every museum in Madrid. mwesling31@gmail.com